How I keep moving forward after my many many failures.

When I was a kid, I believed I could do anything. I would happily sing Spice Girls and imagine myself being equally famous some day. I ran around the yard and mixed potions out of collected rainwater and colorful leaves, dreaming of being a scientist–or a witch. Both were viable options. When I experimented with my own apple cinnamon muffin recipe when I was nine, I fully believed I could run my own bakery in the future.

When I started skateboarding when I was thirteen I imagined becoming pro. Same with snowboarding. Never mind the fact that I had few skills and a very VERY low pain tolerance. (I’ve still got a scar on my hip from a graceful belly flop onto a sidewalk…)

I dreamed about all of the different lives I could choose for myself. I didn’t see obstacles. I didn’t see limitations. I saw a thing that I enjoyed doing, and a vision for what life would look like if I pursued it. I was also having a fantastic time.

I believed in myself. And–

Believing in yourself is the most important thing you can do to move past failures.

I didn’t succeed at any of those dreams (yet). You could say I failed at every one of them if you look at the definition of failure as a lack of success. You could even say that I’m failing at my current dreams depending on how you look at it. A few recent failures prompted me to write this post. I found myself looking at job listings online, because maybe, just maybe I should explore other non-creative career options.

But that lasted all of ten minutes, before I started giving myself this pep talk and turned it into a blog post.

Many of us fear failure, as if it defines us or is a permanent state, but I define failure as accepting an unexpected outcome without further action. So if I applied for a job for someone else and gave up on this whole creative pursuit of mine–then that would be failure.

You’re going to fail many times in life. A lack of success happens over and over again. The important thing is what you do after each failure and how you convince yourself to keep moving forward.

And that’s where the belief in yourself comes in.

Three Reasons Why You Need to Believe in Yourself:

Belief is a catalyst. If you belief you can do something, you are pushed to pursue it. You are charged up by the pursuit of a possibility. It doesn’t really matter what exactly you believe you can accomplish, and it doesn’t matter if you ever reach your end goal. Just having belief that the future will look the way you want can make every mundane and arduous task ahead of you seem more enjoyable.

Believing in yourself assigns you a purpose. It makes everything you do have meaning.

What happens when you don’t believe in yourself:

If belief in yourself is a catalyst that moves you forward, a lack of belief will hold you right where you are. Look at all those unpleasant side effects of not believing in yourself. Are you ready to believe?

How to Believe in Yourself Right Now and Move Past Failure

I spent a long time not believing in myself. I lost the thirteen year old skater punk, and the nine year old baker and became a pessimist for years. For the last three years, I have been rewiring my brain and have worked hard at reclaiming my belief in myself. Now, I’ll share with you how I’ve done it.

When I was a pessimist, I was always looking for proof that I sucked. Proof I couldn’t succeed. Total confirmation bias on my part. I believed I couldn’t succeed, so I found evidence that supported that belief everywhere I looked.

If I tell you to notice the color red, you’ll start picking it out in the environment around you. If I tell you to see all the areas where you are succeeding, you’ll do the same. Don’t tell your brain to see all of your failures.

2. Realize you don’t need proof to believe in yourself.

You don’t need to know you will succeed to believe you can succeed. Knowing and believing are two different things. Belief needs no evidence.

I repeat: YOU DON’T NEED TANGIBLE EVIDENCE TO BELIEVE POSITIVE THINGS ABOUT YOURSELF.

You don’t need anyone to tell you what you’re capable or incapable of doing. Though, if you meet someone who excitedly encourages you to do the things you love and makes you feel like you can take on any obstacle in your way, keep them around. Those people are the best. Just don’t depend on them to replace your inner belief.

3. Do what a person who believes would do.

Remember when I said a lack of belief holds you back and belief moves you forward? Belief may be a catalyst, but you can still move forward without consciously believing in yourself. It just takes a little more work.

Our brains are big and powerful, but sometimes our conscious mind is a little slow to pick up on the benefits of positive habits. You don’t have to think “I can do it!” You don’t have to have mantras or sticky notes on your mirror with affirmations. You don’t have to gush positivity. You can start by simply taking the same step that a person who does believe in themselves would take. It’s a little “fake it ’til you make it”, but I stand by it.

If you want to run a marathon, but don’t believe you can, what would people who believe in themselves do? Get out of bed early and run? Do that.

What would a painter who believes they can make a living from their art do? Find the person doing what you want to do and mimic their actions. Let their belief carry you until yours develops.

4. Take power away from “success”.

Success isn’t everything. One way to prevent the sting of failure is to take the power away from success. Don’t hold tightly to your expectations. For example, if you want to learn how to draw hyper-realistic portraits, start by learning the basics. Break your goal down into the smallest tasks you can and build incremental success. Don’t expect to achieve your main goal right away.

Sharpen a pencil. Get out a pad of paper. Find a reference photo. Put the pencil to paper. Draw a single line. Draw another line. Shade over here. Shade over there. Don’t psych yourself out by thinking you have to draw technically perfect portraits right away, or even at all. Focus on the actions you can complete right now and don’t focus on your expectation for the end.

Recognize each task as a moment for success. Sharpen a pencil=Success. Draw a line=success.

Alright, I’m feeling sufficiently pepped, and all job hunting browser tabs have been closed. I hope you enjoyed this post and found a little encouragement to believe in yourself as well! What’s the worst that could happen? 😉

Please leave questions and comments below while commenting is open or reach out to me directly through Instagram or email. I’d love to hear from you! Make sure to sign up for my email list below to never miss a blog post. New posts are published every Tuesday. And if you’d like to see more content like this in the future, consider becoming a Patron of mine! (See details below.)

Do want to help me create more blog content? I want to keep providing content like this for free, but I need your help. If you enjoy my blog posts and gain any inspiration from the content I put out there, please consider becoming a Patron of Messy Ever After on Patreon. Pledging just $1 a month enables me to keep helping artists like you. Plus, you get extra little perks! 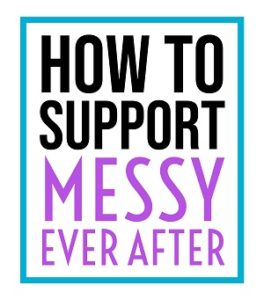 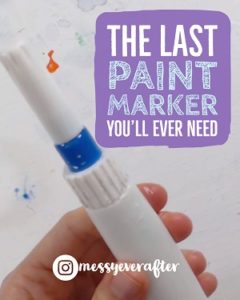